What is a plug-in resistor 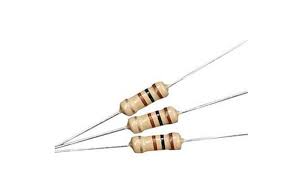 It is an ordinary resistor commonly used in the early days. It adopts high-temperature vacuum coating technology to closely adhere carbon to the surface of the porcelain rod to form a carbon film, and the surface is sealed and protected with epoxy resin. It has the advantages of good high-frequency characteristics, good voltage stability and anti-pulse performance, and low price. It is often used in various electronic circuits such as various home appliances, lighting power supplies, and electronic toys.

The metal film (such as nickel-chromium) is formed on the porcelain rod by vacuum spraying technology, and the metal film is made of spiral patterns to make different resistance values, and the two ends of the porcelain rod are plated with precious metal. Although it is more expensive than carbon film resistors, its advantages are low noise, stability, little influence by temperature, and high accuracy, so it is widely used in advanced audio equipment, computers, instruments, national defense and space equipment.

Made of high-resistance alloy wire wound on the insulating skeleton, coated with heat-resistant glaze insulating layer or insulating varnish, it has high resistance value accuracy, low working noise, low temperature coefficient, can withstand high temperature, and can still be used in the environment of 170 ℃. It can work normally, so it is widely used in home appliances, medical equipment, military equipment and other fields.

Samsung to triple production capacity by 2026 amid rising demand